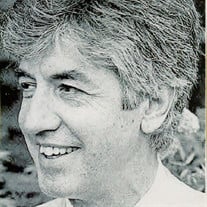 Antonio T. de Nicolas, Ph. D. 91, passed away on May 3, 2022 at the Bailey Family Center for Caring Community Hospice in St. Augustine, Fl. He was born in Villalaco, Palencia, in the region of Castile-Leon, Spain. He spent his early childhood travelling with his military family during Spain’s Civil War, his father being stationed throughout the country. While still in primary grades, he entered boarding school; first with the Salesian Order and finally finding a home with the Jesuits, where he discovered his vocation to study and to serve. Antonio was admitted to the Jesuits as a teenager, and shortly thereafter resumed his life of travel; this time to India, studying for a decade at the Jesuit teaching colleges across India, simultaneously fulfilling missionary works and completing the Classical Humanities and Philosophy curriculum which included mastery of such languages as: Greek, Latin, French, English, and Catalan, as well as his native Spanish. He also spent three years living and studying at the Gujarat Vidyapith, the University established by Mahatma Gandhi, where he studied Sanskrit and Gujarati, in addition to Gandhian philosophy and the cultural mores of this way of life. Later, these skills proved essential, as he was sent to serve Spain in the Diplomatic Corps. in New Delhi, also visiting Hong Kong and Tokyo. In 1966, Professor de Nicolas was invited to teach Philosophy at the University of San Francisco, and he soon received a permanent appointment at the State University of New York at Stony Brook, while earning his Ph.D. in Philosophy from Fordham University in 1971. In 1989 Antonio de Nicolas retired from Stony Brook as Emeritus Professor. His vast research knowledge and experience led to numerous publications including seminal works in philosophy, education, humanities, and poetry; his translations include major works of world literature and sacred writings, including works ranging from Greek and Indian epic poems to the sacred poetry of the Spanish mystic San Juan de la Cruz, to five volumes of poetry from the Nobel Prize winning Spanish author Juan Ramon Jimenez, (including his classic Platero and I.) Professor de Nicolas has had nearly forty books published in English and has translated works from Spanish, Sanskrit, Latin, Greek, French, and English. He continued translating and publishing well into his eighties. In 2014, a Festschrift was published in honor of his contributions to the Academy, edited by Professor Christopher Key Chapple. Professor de Nicolas is survived by Dr. Maria Colavito de Nicolas, his wife of 32 years; son Antonio de Nicolas Mulligan; step-daughter Rachel McNamara Jones; and especially his daughter Tara de Nicolas Duckworth (Bradley) who is mother of his brand new baby granddaughter, Claire Kathi Grace Monserrat de Nicolas Duckworth. He is also survived by his dear younger brothers, Felix and Jose Nicolas, both of Madrid, and is pre-deceased by his parents Modesta and Adolfo Nicolas, and his younger brother, Rev. Adolfo Nicolas, S.J. Special appreciation is extended to Tio Antonio ‘s wide circle of family for sharing love and time with him, especially in his later years Adolfito, Adrienne, Bob, Candy; Carl, Emma, James, Jennifer, Joseph, Lucy, Lucy Magdalena, Mae, Patty; Pilar, Pepito, Randi, Rose, and Sara. To colleagues and friends who continued to collaborate with him in mind and Spirit: Amir, Aurora, Sunthar and Elizabeth, Brother Phil, Chris and Maureen, Constantine, John, Fr. Juan, Richard, Rick, Bob, Roger, Jeff, Mahananda, and Tom. And lastly, to the many students who continued to write-to exchange ideas, and deep thoughts, and new insights, and community throughout the years, especially, Gerry, Babette, Bentley, Edward, and Sandra. Please know he was happiest when he was re-membering with each one of you. Craig Funeral Home, Crematory and Memorial Park to handle Memorial arrangements Visitation: Thursday June 2, 2022 5-7pm. Craig Funeral Home Funeral Mass: Friday, June 3, 2022 9 am St. Benedict the Moor Mission

Antonio T. de Nicolas, Ph. D. 91, passed away on May 3, 2022 at the Bailey Family Center for Caring Community Hospice in St. Augustine, Fl. He was born in Villalaco, Palencia, in the region of Castile-Leon, Spain. He spent his early childhood... View Obituary & Service Information

The family of Antonio T. de Nicolas created this Life Tributes page to make it easy to share your memories.