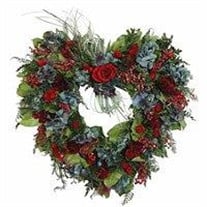 Betty Jean Martin of Nashville, Georgia went to be with The Lord February 17, 2019, in St. Augustine, Florida. She was born August 2, 1930, in Berrien County to the late Thomas Calvin and Beulah (Luke) Nix. She was a homemaker and worked in... View Obituary & Service Information

The family of Betty Jean Martin created this Life Tributes page to make it easy to share your memories.

Betty Jean Martin of Nashville, Georgia went to be with The Lord...

Send flowers to the Martin family.