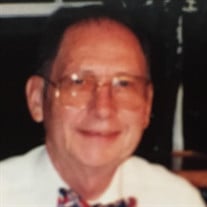 Daniel Chitwood was born in Miami on October 6,1930 to Lloyd and Myra Chitwood. The family then moved to Charleston (1935-1946,) SC to find work, which was scarce during WW II. Both of his parents worked in the Naval Yard. His father, Lloyd, worked for Southern Bell and traveled the south Florida coastal area, which is why he was born in Miami. From 1930 through 1939 he attended schools in south Florida, particularly in St Lucie County . Around the fifth grade, in 1939 the Chitwoods moved to North Charleston where his parents worked in the Navy Yard. While in South Carolina Daniel attended schools through the 11th grade. Since South Carolina was on a 11-yr school system, when he returned to Palm Beach County for his senior year, he took all electives, graduating in 1948, from Palm Beach High School. When they first returned to Florida, they lived on his grandfather’s farm in The “hammock.’ To get there, you would begin on Orange Avenue in Ft Pierce, then it became gravel, then dirt, and then a trail through the woods. The farm was located between Ft Pierce and Okechobee, Florida. After he graduated from Palm Beach High School 1948 (only one) (School on the Hill) Administration Center, he attended and graduated from Palm Beach Junior College (Hunter Army Air Field.) Chitwood joined the Naval Reserves at age 17, while still in High School. The family moved to their Haverhill Rd homestead in 1950. Attended reunions through 50th (every 5 years) and then annually through 2015, last annual reunion only 3 classmates from a 10-yr span with mostly family and caretakers in attendance. Sailfish Club In 1950 Dan graduated from Palm Beach Junior College at (Hunter Army Air Field) (now Palm Beach International Airport) From 1950-1953 he was activated by the US Navy and returned to Charleston, SC to work in the Navy Yard removing ships from mothballs and readying them for the Korean War. After his unit was deactivated by the US Navy, he enrolled in the University of Florida College of Pharmacy, where he graduated in 1955. While at the UF, he met Miriam McDonald of St Augustine, Florida. They were married in October 1955 Pharmacist Manager McDonald’s Drug Store 1955 until closing in 1981. Chitwood was active in Leadership positions with the Florida Pharmacy Association, service as President of the Northeast Florida Pharmacy Association in the mid-1060s. As a member of the Executive Board, Chitwood declined the FPA presidency after he decided to continue work at McDonald’s Drug Store. During the 1960s and 1970s, he worked in Memorial Presbyterian Church as an Elder, Deacon, and Trustee. He also belonged to Ashlar Lodge #98, Free and Accepted Masons. He and Herbie Wiles joined together and were tutored by Jack Herman, a local banker., and past master of the lodge, back in the early 1960s. After McDonald’s Drug Store closed in the early 1980s, Chitwood worked for Pic-n-Save and Walmart and Winn Dixie Pharmacies, and finally retired in the early 2000’s. He is survived by a daughter and two sons, Daniel Chitwood, Jr (Sue), John Chitwood (Michelle), and Miriam (Sissy) Chitwood Templeton (Troy). He also has many grandchildren and great-grandchildren.

Daniel Chitwood was born in Miami on October 6,1930 to Lloyd and Myra Chitwood. The family then moved to Charleston (1935-1946,) SC to find work, which was scarce during WW II. Both of his parents worked in the Naval Yard. His father, Lloyd,... View Obituary & Service Information

The family of Daniel E. Chitwood created this Life Tributes page to make it easy to share your memories.

Send flowers to the Chitwood family.