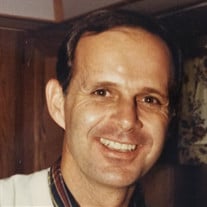 Daniel J. Taylor, age 74, of St. Augustine, Florida passed away unexpectedly on Wednesday, October 30th at Baptist South Hospital. Dan was the son of the late John and Mary Taylor of this city. Dan graduated from St. Joseph Academy in 1963. He attended St. Johns River Community College, Florida State University and earned his degree Regents University. He retired as a full Colonel from the National Guard in 2005 after serving over 40 years. He was a member of the Knights of Columbus and had a rich and fervent devotion to Our Lord and Savior for his entire life. He was a member of the Joyful Family Prayer Group, Treasurer of The House of Prayer and was a guiding hand to all in their search of Jesus Christ. Dan was predeceased by his parents, his brothers Estin Taylor, Lloyd Taylor, John Taylor and James Taylor. He is survived by his loving wife of 49 years, Joan Oliveros Taylor; his sisters, Jane Svonavec of Listie, Pennsylvania and Judy Ransom of St. Augustine; his children, Donnie (Renee) Taylor, MAJ Jason (Leslie) Taylor, both of St. Augustine, Dr. Mark (Nickie) Taylor of Watersound, Fl, MAJ Matthew (Marianna) Taylor of Reisterstown, Maryland, SFC Amanda (Christopher) Birnbaum of Pinellas Park, Fl. and sixteen grandchildren; Patrick, Andrew, Coleman, Gabby, Jackson, Isabella, Aiden, Xavier, Norah, Jude, Aaron, Simon, Tobias, Hannah, Emrie and Elin. Flowers are graciously declined. In lieu of flowers you may make a donation in Dan’s name to Catholic Charities or The House of Prayer @ 30 Ocean Avenue, St. Augustine, Fl 32084

The family of Daniel Taylor created this Life Tributes page to make it easy to share your memories.

Send flowers to the Taylor family.