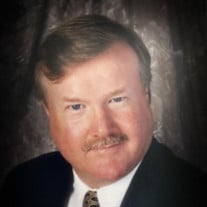 David Earl Norgart, 74, passed away on September 10, 2019, in St. Augustine, Florida. He was born July 10, 1945, in Grand Forks, North Dakota, to his parents Elwood “Woody” Norgart and Ethel Brintnell Norgart. In his hometown of Drayton, North Dakota, David lived with his father, stepmother Effie Norgart, and siblings Pam and Brad. He was close with many relatives who helped cared for him after his mother passed away in 1947. David graduated from Drayton High School, class of 1964. He was an all-American teen who co-captained the high school football team, played championship American Legion baseball, and even earned a solo in the choir. In 1967, David honorably served in the United States Army. He was awarded the Purple Heart Medal as a wounded combat veteran, the Vietnam Service Medal, and the National Defense Service Medal. David and his wife Marcia were married in 1986. They resided for many years in San Antonio, Texas, and retired to St. Augustine, Florida, in 2016. The world of aviation navigated much of David’s life. He studied aviation at the University of North Dakota, later graduating with a degree in aviation management and marketing from the Metropolitan State College of Denver. In his early years as a pilot, David flew crop dusting planes over the golden fields of North Dakota. David spent most of his career as an aviation marketing executive in aircraft sales worldwide. He was particularly fond of his travels to Alaska and Australia. He launched several of his own companies as well. In 1991, David established 30 aviation world records as co-captain on a flight around the world, commemorating the 60th anniversary of the flight of the Winnie Mae, the fastest flight around the world in 8 days. As an avid outdoorsman, skilled in hunting and fishing, David enjoyed sharing outdoor experiences with family and friends. His children and grandchildren will reminisce about annual deer hunting trips in the Texas Hill Country and fishing lessons at sea. David could often be found along the Texas Gulf Coast, fishing the flats for redfish in the beautiful Texas Riviera of Rockport. In recent years, he spent summers as a charter boat fishing captain on the impressive Lake of the Woods in Minnesota, chasing walleyes and reconnecting with extended family. Every fish he caught brought as much excitement as the first, a testament to his appreciation and enduring quest for the good life. David will be remembered for his patriotism, confidence, entrepreneurial spirit, and sharp wit. He was also passionate about fine wine, good food, and great friendships. David piloted his life his way – fearlessly, purposefully, and adventurously. He was undeniably the man with the plan. David was preceded in death by his mother and father, his stepmother, his brother Brad, and his beloved dog Maggie. He is survived by his wife Marcia; his son, John (Kristin); his daughter, Anne (Larry); his sister, Pam; his children’s mother, Patricia; his grandchildren, Jakob, Rylan, Gavyn, Kennedy, and Grant; as well as many close cousins, nieces, nephews, and dear friends. A private service with military honors will be held at Arlington National Cemetery in the fall of 2020.

The family of David Earl Norgart created this Life Tributes page to make it easy to share your memories.

Send flowers to the Norgart family.