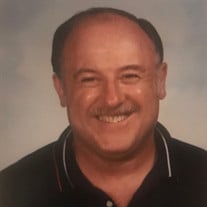 Long time St. Augustine resident, Donald J. (Don) Lohr passed away peacefully on Wednesday, March 6th surrounded by loved ones at the Bailey Center. Funeral services will be held at St Paul’s Episcopal Church in Federal Point on Tuesday, March 12th at 10 am. Don was the son of Charles T. and Anna (White) Lohr and was born on August 13th, 1930 in Pittsburg, Pennsylvania. He was raised in Jamaica, New York and attended Bishop Loughlin Memorial High School and St. John’s University. Don excelled in track and field competing at such storied places as the New York City Fort Washington Armory and Madison Square Garden. Don was also a part of the Bishop Loughlin legacy of runners that held the New York State CHSAA Championship title for many years. In 1948, Don enlisted in the New York National Guard while still in high school and served nearly a decade in the 42nd Infantry Division NYNG, Rainbow Division rising to the rank of Master Sergeant. Don met his wife, Joan Ruth Smith, on a blind date, was instantly smitten, and the two were married over 60 years. The couple resided in the Philadelphia, Pennsylvania suburb of Hatboro where their six children were born. In Pennsylvania, Don was a business owner and active in his church and community. His favorite volunteer time was spent with the YMCA in the Dad/Son Y Guides program. The family moved to St. Augustine in 1971. Don worked and taught at the St. Augustine Technical Center for many years before moving to the Florida School for the Deaf and Blind where he retired as a high school teacher in 1992. Don set the example of community service for his family, remaining active in his church and organizations throughout his lifetime. Examples of his service include vestry member at Trinity Episcopal Church, serving as Senior Warden, active in the founding of Reconciliation Episcopal Church and served on the vestry, a member of Odd Fellows fraternal organization, and a volunteer and member of the St. Augustine YMCA. Don also created the lending library, later named for him, at St. Paul’s Episcopal Church. Don was a skilled racquetball player, loved dogs and motorcycles, spent many hours on Vilano Beach fishing off the jetties or bodysurfing, and had an insatiable intellectual curiosity which led to a lifetime of reading and a love of crossword puzzles. Don was creative and artistic enjoying painting, drawing and woodworking. He laughed often and loved deeply. The Christian faith instilled in him by his parents when he was a child remained strong and was the center of his existence throughout his life. It is this faith in God that he leaves as a legacy to his family and friends. Don is survived by his wife, Joan, his six children and their spouses: Karen (Bill) Goble – Fayetteville, NC, Kevin (Melanie) Lohr – Elkton, Don (Leila) Lohr – St. Augustine, Suzy (Mike) Smith – St. Augustine, Joanie (Rob) Prins – Falls Church, VA, and Joy (Alan) Kelleher – Gainesville, Ga. He is survived by grandchildren: Nicole Steele, Brandon Lovell, Carey Nemecek, Kristal Lohr, Troy Goble, and Molly Prins, along with 10 great grandchildren. Honorary “Lohr” family members include Wendy Schamble, his long-time caregiver, Rick Fournier, and Burt Turkoglu. He is preceded in death by his parents and brother, Richard (Richie) Lohr. In lieu of flowers, please make donations in Don’s name to Young Life of St. John’s County, Florida School for the Deaf and Blind, Hospice of St. Augustine, or the charity of your choice

The family of Donald J. (Don) Lohr created this Life Tributes page to make it easy to share your memories.

Send flowers to the Lohr family.