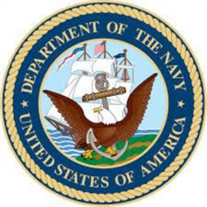 Eldridge Paschal Townsend, Jr. “Tump” went peacefully into the arms of Jesus on February 8, 2021. Tump was born on August 25, 1932 in Jacksonville, Florida and graduated from Andrew Jackson High School in 1951. After graduation he joined the US Navy and proudly served aboard the USS Hollister during the Korean War. He married his sweetheart, Mary Louise Douglas on February 5, 1955. He then enjoyed a 22 year career at JEA and a second career of 18 years with Independent Life. Tump resided in Jacksonville until 1971 when he and Mary Lou moved to Lake Como, FL, and then in 2002 they moved to St. Augustine for their retirement years. Tump was an avid golfer, refereed high school football and basketball for 18 years, and was a life long Florida Gator fan, but nothing was ever more important and meaningful to him than his family. Tump was predeceased by Mary Lou Townsend, his loving wife of 65 years, his son, Craig Townsend, sister, Delores (DeeDee) Townsend Taylor and brother, Joe Townsend. He is survived by his brother Al Bowden (Helen), his sister, Mary Townsend Creel, his son, Eric Townsend (Joy), daughter, Valerie Meador (Mark), grandsons Eric Townsend, Jr. (Alethia), Jared Townsend (Niran), Steven Meador and Robert Savage, and six great grandchildren. Outdoor Memorial service will be held at the Pavilion at Jacksonville National Cemetery on Friday, February 19 at 10:30 a.m.

Eldridge Paschal Townsend, Jr. &#8220;Tump&#8221; went peacefully into the arms of Jesus on February 8, 2021. Tump was born on August 25, 1932 in Jacksonville, Florida and graduated from Andrew Jackson High School in 1951. After graduation... View Obituary & Service Information

The family of Eldridge "Tump" Townsend created this Life Tributes page to make it easy to share your memories.

Send flowers to the Townsend family.