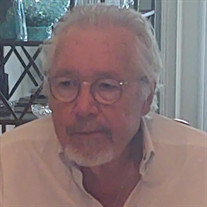 Ewald Keszthelyi unexpectedly and peacefully passed away at home on November 2, 2021. Ewald was born in 1941 in Yugoslavia and lived in Austria. His family endured many of the regional atrocities of World War II losing his father Johann, as a war victim. He was separated from his mother and placed is several different children’s camps throughout the region, eventually reunited with his grandfather, and after the war ended, years later was reunited with his mother. At the age of 14 he immigrated to America with his mother, stepfather, stepbrother, and stepsister. He attended Washington High School in Milwaukee and earned a Bachelor of Science Degree in Mechanical Engineering from the University of Wisconsin Madison, additionally, attending MIT through advanced studies. He was hired by the Kohler Company in Wisconsin and soon became a leading engineer building up the generator division and its testing lab for 26 years. He was proud of his patents for products developed there. He rounded out his working career as Assistant Chief Engineer at Deutz Corporation, in Atlanta, Georgia solving their international and national application challenges. Ewald made St. Augustine his final home a few years after retirement from Duetz Corporation. Ewald enjoyed a number of hobbies including gardening, photography, music, chess, sailing, skiing, tennis and engaging in deep rooted discussions. He was a well-versed debater and Toastmaster whose style was interlaced with tones of optimism, and who tempered his antagonists with a fine cognac or rum and a smile at conclusion. He loved to travel and immerse himself into cultures, foods, and traditions, visiting more than 30 countries. St Croix USVI garnered a special place in his heart and he returned there frequently. Ewald is preceded in death by his mother, Margareta Eusch, nee Dekorsi, his father Johann, his step-father Stefan Eusch, and his step-brother Nick Eusch. He is survived by his loving bride of 44 years, Nancy, (nee Lorenzen), brother in-law Michael (Linda) Lorenzen, his sister in-law Donna (Jon) Held, his step-sister Maria, and overseas relatives. His memory will live on in the hearts of his Godchildren, nieces, nephews, and their families, a myriad of friends, coworkers, crews, and all who shared a beach or patio moment with him. A funeral mass will be held at St Anastasia Catholic Church in St Augustine on November 18, 2021 at 11:00 am. In lieu of Flowers a memorial will be established in Ewald’s name.

Ewald Keszthelyi unexpectedly and peacefully passed away at home on November 2, 2021. Ewald was born in 1941 in Yugoslavia and lived in Austria. His family endured many of the regional atrocities of World War II losing his father Johann, as... View Obituary & Service Information

The family of Ewald Keszthelyi created this Life Tributes page to make it easy to share your memories.

Ewald Keszthelyi unexpectedly and peacefully passed away at home...

Send flowers to the Keszthelyi family.