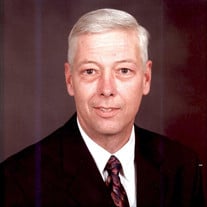 Frederick 'Dwain' Sykes left us without his smile on May 17th, 2021 at the age of 62 to be with his Lord. Dwain passed unexpectedly after a truck accident without injury to another. Dwain is survived by, and will be sorely missed by, his parents, Leona Faye and Elmer Sykes, his wife, Lynne Sykes, his two daughters, Melissa Sykes and E. 'Shelby' Eminisor (Adam), his two stepsons Trey and Taylor Cino, his sisters, Lynetta 'Lynn' Todd, of Indiana and Pamela (James) Smith, of St. Augustine, two grandchildren Jaylen Sykes and Lincoln Masters, his beloved nieces and nephews, Holly, Bruce, Dawn and Jay. Several great nieces and great nephews. Dwain was born on March 12, 1959 in Ft. Knox, Kentucky while his father was in the army. Dwain moved to Florida with his family at the age of 13 where he attended St. Augustine High School. Right out of high school he started a successful career at Publix Super Markets as an associate and quickly became a Manager of the Produce department where he made many friends of his co-workers and the people he served with a pleasure. Dwain retired from Publix at the age of 56 and traveled with his wife on many wonderful adventures both, near and far. He enjoyed his hunting camp and hunting buddies. He spent his lifetime helping others, working hard, fishing, scuba diving, enjoying his family, friends and his beer. Though he did not attend church regularly in his later life, everyone knew Dwain to be a spiritual man. Everyone admired him and would look to him for help and advice. Dwain had a wonderful sense of humor that kept everyone smiling and loving to be around him. He adored his wife so much, all her friends envied her because of her good luck. He will be surely missed and loved by all. A funeral service will be held 11:00 AM Monday May 24, 2021 at Craig Funeral Home, burial will be in Craig Memorial Park. A visitation will be held starting at 10:00 AM until the time of the service on Monday at Craig Funeral Home. For those unable to attend the funeral it can be viewed live streaming beginning five minutes before the service or viewed later by following this link: https://view.oneroomstreaming.com/authorise.php?k=1621528748116339

Frederick 'Dwain' Sykes left us without his smile on May 17th, 2021 at the age of 62 to be with his Lord. Dwain passed unexpectedly after a truck accident without injury to another. Dwain is survived by, and will be sorely missed by, his parents,... View Obituary & Service Information

The family of Frederick "Dwain" Sykes created this Life Tributes page to make it easy to share your memories.

Send flowers to the Sykes family.