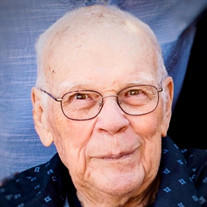 George Robertson Hollington III was born in Santa Monica, California on April 28, 1936, and passed away peacefully on January 18, 2022, with his wife Margaret at his side, two days prior to what would have been their 60 th wedding anniversary. Although... View Obituary & Service Information

The family of George Robertson Hollington III created this Life Tributes page to make it easy to share your memories.

Send flowers to the Hollington family.