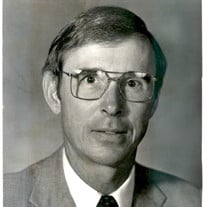 Born on August 20, 1938 in Cleveland, Ohio, Jerry was always reaching for the stars and became a true American success story. He created and manifested his own opportunities from a very young age, always earning money for his family through working on farms in Cleveland, paper routes and any other work he could find. At 6’4” he became an accomplished athlete and was able to procure a high school baseball scholarship to Benedictine Catholic School in Cleveland. This was an instrumental segue into receiving a wrestling scholarship to The Ohio State University, where he became the first person in his family to attend college. Even though he received a full scholarship, he still struggled to buy food and books and had many beautiful stories of coaches or others that helped him with meal tickets and winter clothing. A favorite story for the family that he liked to tell is when he worked the night shift at the local grocery store for extra money and he would covertly take a few sips of milk from each bottle of milk he was putting out in order to stave off his hunger. During this time he was also a member of the National Guard and even threw his hat in the ring for the Golden Gloves boxing competition. He graduated with a degree in civil engineering and was hired by Armco Steel of Cincinnati as a water pipe salesman for the Southeastern United States. During his time at Armco Steel, he became the person not just selling and overseeing delivery for county, state and federal infrastructure projects, but also the engineer and advisor that would stay however long necessary to oversee the projects to fruition. Because of this, he was away from his family for extended periods, especially as his reputation and success grew into a worldwide responsibility for projects in Saudi Arabia, Indonesia and Japan. The Saudi Arabian princes that were developing the filtration projects in the deserts at that time, for example, only wanted to purchase pipe from a person that would patiently develop an in-person relationship over time, and this is where Jerry’s love of tennis became a great way to seal a deal. He would be summoned to play tennis with a Saudi or Japanese contact first, maybe even for a few weeks, before he had passed the test and they would proceed with a deal. Due to his success in the international pipe division of Armco Steel, he had an opportunity to become an owner and partner in Contech Steel, where he continued to flourish as an engineer, salesman and astute businessman. His tennis skills that were so appreciated by the Saudi Arabians and Japanese were continually developed on his off-time at home through tournaments and he eventually became nationally ranked in the US Tennis Association. He won countless tournaments and awards on a local and regional level, which led him to retire to the Sunshine State and Marsh Creek in St. Augustine, where he became president of the homeowners’ association and oversaw infrastructure projects, wetland management, road paving and construction of the “Jerry Scheid Thunder Bridge.” He also traveled extensively with his always-forgiving, fun-loving wife Eileen, including bike tours of Europe, tennis tournaments worldwide and many family gatherings in South Florida, the Bahamas, Arizona and Club Med. Jerry is survived by his wife of 60 years Eileen and children, Linda (Clayton Rogers) of Sewannee Tennessee; Eddie (Kim Hill Scheid) of Lutz, Florida; Margaret Jane (Ralph Moore) of West Palm Beach, Florida and Randy (Cathy Christensen Scheid) of Jupiter, Florida, as well as grandchildren Genevieve and Justine Rogers, Stella and Ruby Moore, Luke Scheid and Veronica and Evelyn Scheid. He is also survived by his sister Donna Bell of Colorado, sister-in-law Gloria Scheid and many nieces and nephews. He was predeceased by brothers Bobby and Kenny, as well as his sister Betty Ann, all of Ohio. The family is deeply grateful to Community Hospice and the doctors and nurses at Flagler Hospital for their care and kindness. In lieu of flowers, donations can be made to Corpus Christi Church, 6175 Datil Pepper Road, St. Augustine, Florida 32086. A memorial service will be announced at a later date and time.

Born on August 20, 1938 in Cleveland, Ohio, Jerry was always reaching for the stars and became a true American success story. He created and manifested his own opportunities from a very young age, always earning money for his family through... View Obituary & Service Information

The family of Gerald Edward Scheid created this Life Tributes page to make it easy to share your memories.

Send flowers to the Scheid family.