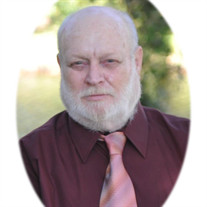 Jeffrey Brian Metros, 69 years old. Loving husband and father passed away unexpectedly on February 18, 2022. Jeff is predeceased by his parents Eugene and Eula Metros and one grandson, Graham N. Olsen. Jeff is survived by; His loving wife of... View Obituary & Service Information

The family of Jeffrey Brian Metros created this Life Tributes page to make it easy to share your memories.

Send flowers to the Metros family.