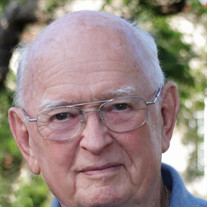 John Harold Danahy, Jr., 86, St. Augustine, FL, returned home to the Lord Thursday, October 22, 2020, surrounded by his family that dearly loved him. Born in Quincy, MA, on November 29, 1933, the eldest of three children born to John Harold and Agnes Danahy, John and his family moved to Lake Worth, FL, when he was 14. During high school, John attended St. Leo’s Seminary in Tampa as he discerned for the priesthood prior to graduating from Lake Worth High School, Lake Worth, FL, in 1951. John attended Florida State University in Tallahassee, FL, where he was a member of Delta Sigma Phi, and graduated in 1955 with a BS in Journalism and Public Relations. While at Florida State he met Patricia Anne Pellicer, daughter of Catharine and Xavier Lopez Pellicer, St. Augustine, at the Newman Club, a Catholic campus activity center. After John graduated from the United States Navy’s Officer Candidate School in Norfolk, VA, they were married June 15, 1957, at the Cathedral Basilica of St. Augustine. Upon graduating, John worked in public relations for the Florida Forest Service headquarters in Tallahassee, until 1959, when he accepted employment as a manufacturer’s representative with National Gypsum Co., in Ft. Myers. Later, John and his young family returned to St. Augustine where he was hired as a sales representative for the New York Life Insurance Company, while also working as a city desk reporter with the Florida Times-Union in Jacksonville. John was transferred as a general office training supervisor to New York Life offices in Montgomery, AL, before settling in Huntington, N.Y., when he accepted a position as regional training manager at the New York Life headquarters in New York City, NY. John later accepted employment as the international director of training for American Life Insurance Company, headquartered in Wilmington, DE. The family moved back to St. Augustine in 1983, when John worked for Prudential Bache Securities, Megaplex, and the St. Johns County School Board before his employment at Cowan Financial Group, where he remained until he retired. Although John was a gifted trainer, it was in his community service and activism that he truly left an indelible mark on St. Augustine. An unwavering champion for the unborn, John volunteered at the St. Gerard House, and served on its board of directors. John also served with the Knights of Columbus, Florida State Council 611 for two decades, often working with the Knights at the Cathedral Parish Festival or the Right to Life Pancake Breakfast. A longtime member of Toastmasters International, John endeavored to promote public speaking and leadership as a charter member of the ALICO Toastmasters Club and the St. Augustine Toastmasters. He also held membership in the Minorcan Heritage Foundation, the St. Augustine Historical Society, the St. Augustine Duplicate Bridge Club, and the North Davis Shores Community Association. John was a prolific, humorous, and often opinionated, writer, and passionate about the English language. He penned countless works of prose and short stories - both fiction and nonfiction alike. He enjoyed submitting letters to the editor of The St. Augustine Record newspaper, sharing his perspective on local, state and federal politics, current events, religion, and societal concerns. It was in the St. Augustine Cathedral Basilica Choir that John truly – and literally – found his voice. At Florida State, John was a member of a touring men’s chorus, The Collegians. He never pursued his passion for singing after college, though, until Cathedral Choir Director Sr. Patricia Consier helped him develop his ability. John’s rich velvet baritone could be heard in the choir, but truly shone through his service as cantor at Cathedral Sunday Mass, at weddings and funerals. John found a creative outlet to explore his passion as a member of the St. Augustine Community Chorus. From performing a solo in Handel’s Messiah Christmas concert to singing and dancing as Tevye in an amusing rendition of Fiddler on the Roof, John’s performances never failed to please. In addition to being an enthusiastic member of the chorus. John also served as a member and president of the SACC board of directors. John will be remembered as an entertaining and provocative communicator, a loving father, devoted husband, humble Catholic and community servant. His twinkling blue eyes, the smile that often teased the corners of his mouth in conversation, and his wise counsel will be treasured and missed. John is predeceased by his parents, his brother, Bill Danahy, and sister Carol Danahy. He is survived by his wife of 63 years, Patricia, two sons, John Harold “Jack” Danahy III, Ronkonkoma, N.Y., Stephen Danahy (fiancée Dianna Hawley, daughter Amanda Hawley), Oshkosh, WI, and daughters Catharine (John) Penn, Theresa (Joe) Segal, both of St. Augustine, and Patsy (Grady) Heiss, Largo, FL, as well as grandchildren Holly Nacol, Ivy Nacol, Portland, OR, Joanna (Cameron) Robert, Jacksonville, Robert Heiss, Largo and Ava Heiss, New Castle, DE A funeral Mass will be celebrated at the Cathedral Basilica of St. Augustine at 9 a.m. Thursday, October 29, 2020. Interment will take place at San Lorenzo Cemetery in a private service. In lieu of flowers, donations may be made in John’s name to Community Hospice.

The family of John H. Danahy Jr. created this Life Tributes page to make it easy to share your memories.

Send flowers to the Danahy family.