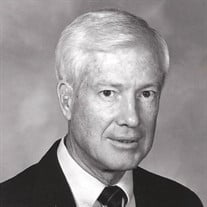 By the grace of God and the wisdom of his parents, John was born on November 16, 1933, at Florida East Coast Hospital in St Augustine. He was the son of LeRoy Daniels and Lucille Moore Daniels, both of whom preceded him in death. John attended St. Agnes school where he was taught and tutored by the wonderful Sisters of St. Joseph. John graduated from Ketterlinus High School in the class of 1952. He was a member of the football and basketball teams at Ketterlinus where he acquired the nick name “Spider.” John joined the Naval Air Reserve at NAS Jacksonville while in high school. He completed the 1952 fall semester at the University of Florida and went on active duty in the US Navy in March 1953 as an Aviation Ordnanceman 3rd Class. He was assigned to the USS Block Island, CVE 106, and served aboard ship for 18 months before being transferred to NAS Atlantic City New Jersey. While there, he was a member of the 4th Naval District Championship basketball team with a record of 22 wins and 3 losses. Released from active duty in March 1955, John returned home to St. Augustine, and attended the University of Florida where he was a member of the Kappa Sigma Fraternity. After leaving the University, he joined the Exchange Bank of St. Augustine in 1957, became an officer in 1962, advancing to vice president and trust officer and secretary to the Board of Directors in 1967. Upon the retirement of Don Tully, John became President of the Atlantic Bank of St Augustine in 1984. He became Vice President of First Union Bank in 1987 and retired in December 1996 after 39 years in the banking business. He was a graduate of the School of Banking of the South at LSU and the National Trust School at Northwestern University. John was a lifetime member of Cathedral Parish and a former member of the Parish Council, Parish Finance Committee, and the Board of Directors of the Foundation of the Diocese of St. Augustine. He was a volunteer JV basketball coach at St. Joseph Academy and a former member of the Advisory Board of St. Joseph Academy. John also served for many years as a lector and Eucharistic Minister at the Cathedral. Active in the community, John served as member and chairman of the advisory board of St Augustine and St. Johns County Recreation Department from 1966 to 1984. He received the US Jaycees Distinguished Service Award in 1969. He was elected to the St. Augustine Airport Authority in 1968 and eventually served as President. John also served as President of the Free Public Library Association in 1969, President of the YMCA Board of Directors, 1970-71, President of United Way Fund, 1976-77, 1982-83, and President of the Rotary Club of St Augustine 1988-89. John served as treasurer and member of the St Johns County Blood Bank, 1984-1993. He was a former chairman and member of the Board of Trustees of St Johns River Community College, 1973-1989. John served as President and Treasurer of Citizens for A Safe New Bridge of Lions, 1998-2008. He received the Lifetime Achievement Award from the St Johns County School District in 2011 and was a former member of The President’s Council of Flagler College. John was a long time Florida Gator fan and enjoyed playing golf with "the Thieves" at the Ponce de Leon Golf Club and St Augustine Shores, as well as with the Men's Club at the St. Johns County Golf Course. Moreover, whenever an opportunity presented itself, Spider also took pleasure teaching his son, sons-in-law, and grandson a thing or two on the basketball court. He is survived by his wife of 60 years, Carole, his brother Walter (Mary), children, Alison Butler (Bruce), Liz Lawson (Bill), and John Jr., a.k.a. Jack, (Marcia), and six grandchildren – Maddie, Jackie, Alexander, Sammi, Kathleen, and Amy. The family would like to extend their heartfelt thanks to the many members of the St. Augustine community, who over the years showed kindness to "the old man and our family." A Memorial Mass will be held at 9:00AM on Friday, February 5, at the Cathedral Basilica of St. Augustine. If you are unable to attend the service the Cathedral will provide live streaming follow the link below: https://player2.streamspot.com/iframe/dd206a25 Flowers are gratefully declined and in lieu, the family would welcome contributions in John's honor to the Sisters of St. Joseph, St. Augustine.

By the grace of God and the wisdom of his parents, John was born on November 16, 1933, at Florida East Coast Hospital in St Augustine. He was the son of LeRoy Daniels and Lucille Moore Daniels, both of whom preceded him in death. John attended... View Obituary & Service Information

The family of John Daniels created this Life Tributes page to make it easy to share your memories.

By the grace of God and the wisdom of his parents, John was born...

Send flowers to the Daniels family.