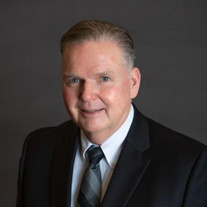 John Joseph Rogers, Sr., 61, of St. Augustine, FL, formally of Peabody, MA, passed away suddenly on November 12, 2020. John was born in Lynn, MA to the late Edward Rogers and Doris (Smallwood) Rogers. He is the son in law to Anastasia (Tilas) Diminture and the late John Diminture. John married the love of his life, Helene (Diminture) Rogers, and enjoyed 41 years of marriage with her. He loved his three children and their spouses with all his heart. He will be greatly missed by his daughter Alexis Silva and her husband Charlie of St. Augustine, FL, his son John Rogers and his wife Danielle of St. Augustine, FL, and son Thomas Rogers and his wife Chelsie of Hudson, NH. He enjoyed being a grandfather and cherished all the moments he spent with his grandchildren, Avarie, Harison, Charlie, Bennett, and Evan. John leaves behind sisters, Kathleen Caron, and her husband Michael of The Villages, FL and Anne Page and her husband Bill of Ipswich, MA and sister-in-law Mary Rogers of Gloucester, MA. He is predeceased by his brother Paul Rogers of Gloucester, MA. John also leaves behind many in-laws; Eve and Ted Carrick, John and Dow Diminture, Greg Diminture, Stacey and Jim Yavorski, Stephanie and Jim Warren, and Thomas and Lisa Diminture. He will miss all his nieces and nephews who he loved dearly. John and his family spent most of their life in Peabody, MA where they were active in their church, schools, neighborhood, and sports teams. He leaves a legacy behind that will be missed by many people. He loved being a member of St. Vasilios Church and enjoyed moments spent with the Men’s Club preparing for festivals and other events. He never missed an opportunity to coach his kid’s baseball, soccer, softball, football, or basketball teams. When he was not coaching, his free time was spent as a basketball referee with the Peabody / Lynnfield Basketball Association. Nothing in the world made him happier than attending his grandchildren’s sporting events. He ended his coaching career as “Coach Papou”. Seeing him smile as the kids ran up to him warmed the hearts of all. A year ago, John and his wife relocated to St. Augustine, FL to be closer to their five grandchildren. John and his wife quickly met neighbors and made an impact on everyone they met. He was sad to leave his Apple Hill Road crew but grateful to meet amazing Palencia friends. He was considered a grandfather to many kids in the neighborhood and loved attending and being part of any event. He joined the golf club and finally had the time to improve his golf game with his new friends who became family. He bought his dream jeep and you better believe he loved every ride. Professionally, John was highly respected in the aviation industry. His charismatic and energetic personality led to a successful sales career which made significant impacts for industry leaders such as GE Aviation, Ametek Aerospace, Eaton Aerospace, and most recently, Sensata Technologies. Just this past year John was recognized by his company by receiving The Salesman of the Year award. His passion for aviation paved the way for his two sons to also grow their careers and follow in his footsteps. John’s life was cut too short. He will miss the new pool that he dreamed of with his wife, but she will spend days there remembering the amazing man who she looked forward to retiring with. His family will carry on his legacy and make sure everyone remembers the gracious, generous, caring man that impacted so many. We know he is looking down on his family and making sure that they are all enjoying life. He would not want it any other way. We are contemplating which son or son-in-law is managing his fantasy football league so that he can maintain his lead and maybe finally win a season. We ask everyone celebrate John “Papou” Rogers as he would want. He is the person that makes you want to work harder professionally or on the field and be kinder to family, friends, and neighbors. Visitation will be held in John’s honor on November 18, 2020 at Holy Trinity Greek Orthodox Church in St. Augustine, FL at 11:00 am. The service will be held immediately following at noon. The church will stream the service on their Facebook page for those whom are unable to travel due to COVID restrictions. The service will also be recorded and posted on this page shortly after for those who would like to watch. For those who do not have a facebook account, please click the link below to view the service. https://www.oneroomstreaming.com/view/authorise.php?k=160574321386319 Please click the link below to view the service through facebook. https://www.facebook.com/craigfuneral/ The family will also hold a memorial service in his honor at a later date in Peabody, MA. The family gratefully appreciates but declines flowers. In lieu of flowers, they ask donations be made in John’s name to either St. Vasilios Greek Orthodox Church of Peabody, MA or Holy Trinity Greek Orthodox Church of St. Augustine, FL. John’s immediate family has donated to the St. Photios Greek Orthodox National Shrine in St. Augustine, FL to have his name honored on their memorial wall. They hope friends and family that St. Augustine will visit the shrine and pay their respects saying a prayer in his name.

John Joseph Rogers, Sr., 61, of St. Augustine, FL, formally of Peabody, MA, passed away suddenly on November 12, 2020. John was born in Lynn, MA to the late Edward Rogers and Doris (Smallwood) Rogers. He is the son in law to Anastasia (Tilas)... View Obituary & Service Information

The family of John Joseph Rogers Sr. created this Life Tributes page to make it easy to share your memories.