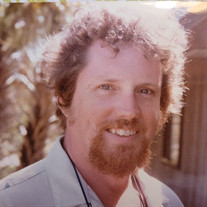 John Phillip Ryder,75, peacefully transitioned on November 4, 2021 at Flagler Hospital, St Augustine, Florida. He was lovingly surrounded by his immediate family. John had been dealing with complications from heart disease and diabetes for the past few years. John was predeceased by his mother, Sarah Bernhard Ryder, and his father, Arthur Calvin Ryder. John is survived by his wife, Marilyn Murphy Ryder and his brother, Robert Kimble Ryder (Cindy).He is also survived by his sisters-in-law Sharon Murphy Hyers (Curt) and Ann Marie Callahan Murphy (Robert deceased). John was previously deceased by his brother-in-law Arthur Lawrence Murphy Jr and sister-in-law Marilyn Whitcomb Murphy. He is also survived by many dearly loved nieces, nephews and grandnieces/nephews. John will be greatly missed by his extended family, including his “adopted mother” Ruth Jacoby as well as devoted friends, students, and of course his kitties, Ali, Earl Grey and Little One. John was born on July 30, 1946 in Orange, NJ. He was a graduate of Livingston High School and earned his bachelor’s degree from Montclair State University. John earned an M.Ed in Social Studies from Jacksonville University. Mr Ryder began his teaching career in the St Johns County School System and continued there until his retirement after 39 years of devoted service and was an adjunct professor at Flagler College, St Augustine. John was a proud member of “The Men of Mendendez” where he was able to fully embrace his love of history. He was an integral member of the historic reenactments in St Augustine where he also made some lifelong friends. In addition to his passion for teaching John was also a life-long learner who loved nothing more than engaging in interesting (and at times spirited) conversations. He thoroughly enjoyed challenging students, colleagues, friends and family to read, reflect, and perhaps revise previously held beliefs or notions. This was not done in anger, but in reasonable and respectful communication. John Ryder was a master at communicating and he set a fine example for those who were fortunate enough to engage in a discussion with him. May John’s unyielding optimism and goodwill towards others prevail-a fitting tribute to the man who was a friend to so many during his life. The family of John Ryder would like to thank the St Johns County first responders, who never hesitated to give emergency care in spite of the threat posed by COVID, as well as the medical team at Mayo Clinic in Jacksonville. We are especially grateful for the extraordinary care given at Flagler Hospital- Dr.Javier Aduen and his critical care team and the staff at Hospice are to be commended. Due to the ongoing health concerns related to COVID a celebration of John’s life will be held at a future and as yet undetermined date.

John Phillip Ryder,75, peacefully transitioned on November 4, 2021 at Flagler Hospital, St Augustine, Florida. He was lovingly surrounded by his immediate family. John had been dealing with complications from heart disease and diabetes for the... View Obituary & Service Information

The family of John Phillip Ryder created this Life Tributes page to make it easy to share your memories.

Send flowers to the Ryder family.