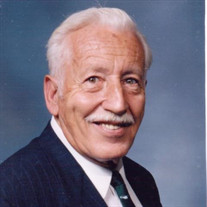 Joseph M. Zito, 93, of St Augustine, FL, passed away Feb 24th, 2021. He was born on March 13th, 1927, in a small mountain town in north central Sicily, but was left in 1928 to a stern grandfather and the loving care of his uncles and aunts. He completed the five year grammar school curriculum, four of which were in a one-room schoolhouse where one teacher taught four grades. His parents soon realized that their dream of a rich America had disappeared with the depression of 1929 and decided to sponsor his rejoining the family. Thus on Labor Day of 1938 Pino (Little Joe) gaped at the Statue of Liberty as he was coming into New York Harbor aboard the SS Vulcania. Within days he was enrolled in the public schools and placed in the fifth grade due to his complete ignorance of the English language, though excelling in sciences, math, geography, and world history. Within one year he was in the top division of the seventh grade. But eager to earn an income, he dropped out of high school at the end of the second year to take menial work in several factories. Luckily he was rescued by a draft call that put him in the U.S. Army at age of 18. Discharged at the end of 1946 still with no education nor trade, he was again relegated to the bottom of the labor pile. That convinced him to resume high school while working the 3 to 11 shift in a factory, finally graduating in 1948 and going on to a degree in Mechanical Engineering from Yale University in 1952, concurrent with a commission as an artillery officer. With the Korean conflict underway, a stroke of luck sent him to Germany instead where he paid for that luck with severe hearing loss due to howitzer fire. Back in civilian life he worked as a surveyor while waiting for long-range employment, finally going to Sikorsky helicopters for a 30-year career that involved extensive traveling, both foreign and domestic. The first 15 years were spent in various engineering capacities and the final 15 as Coordinator of International Licensing. He shared the memories collected during his life, such as the mini tornadoes in Oklahoma, the sandstorm in New Mexico, the gory bullfights in Mexico, the heat and unsanitary conditions in Iran, the live lamb markets in Athens at Easter, being hurled at about 100mph by the last hydraulic catapult in the US Navy while sitting in the cabin of a Grumman S-2F plane, watching the frequent volcanic eruptions of Mt. Etna from a rooftop, the unrelated earthquake in nearby Catania, being swept off a low bridge while driving a VW Karman Ghia during a raging flood in Sicily, the survival of a “simultaneous double engine failure” aided by pilot error while riding as a passenger in a Jolly Green Giant helo in Germany, and the friendly chat at the Paris Air Show with Igor Sikorsky, the humble genius of the aircraft industry. All this interspersed with numerous hangovers resulting from German celebrations. His associations include memberships in the Knights of Columbus, the Lions’ Club, the Sikorsky Pistol Club, the Elm City Motorcycle Club, the Sons of Italy, and the Elks. For entertainment, he always relished the satisfaction of fixing practically anything. No matter where he lived, friends, neighbors, and relatives could rely on his knowledge of automotive, plumbing, electrical, garden equipment, etc. His Waterloo arrived with the advent of electronics; he let the next team take over when he retired in 1985. Married twice - and divorced twice - he is survived by one daughter, Concetta of Port Charlotte, a son, Paul of St. Augustine, and two granddaughters. He is preceded in death by his grandson, Anthony G. Zito. He missed those of his good friends who left before him. His ashes are to be entombed with the old grandfather who raised him back in San Mauro Castelverde (Palermo Province). In lieu of flowers or gifts, the family requests that a memory be shared here.

The family of Joseph Michael Zito created this Life Tributes page to make it easy to share your memories.