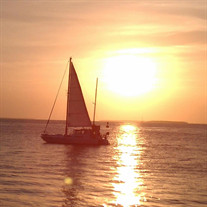 Lawrence “Larry” Spencer Klein, son of Loretta (Ellner) and Abraham Klein, passed away peacefully in his sleep on March 26th, 2021. He was 75 years old. Larry was the beloved husband of Hazel Robinson, father of Evan, Matthew, and Danny. Grandfather to Ariana, Dylan, and Audrey, brother to Steven, brother-in-law to Diane, uncle to David and Amy, and great uncle to Maggie, Ava, Jake, and Lindsey. Larry is also survived by the mother of Matthew and Danny, Joyce, his daughters-in-law Ilyssa and Lindsey, his niece Alex, his sister-in-law Heather, brother-in-law Jim, and his mother-in-law Sandra and her children. Larry got much joy from his dogs Cody and Macie. Finally, he is also survived by friends and family all around the world. Born on Christmas Day, 1945, in the Bronx, New York, Larry quickly became a playground legend renowned for his athletic ability, joining his brother, Steve, and friends against all comers. In his early years, he loved to be outside while also expressing an unforgettable personality. Larry would often tell those around him he was 15 in 1960, and had a difficult time handling the social pressures of a freewheeling decade. However, all throughout his life, Larry could be defined by his ability to overcome adversity, and this was no different. With the help of Daniel Connery, Larry became clean and sober in 1990. “Uncle Danny,” nudged him to move a block from his children in Brooklyn, New York, where he would remain a constant in their lives. Uncle Danny was a partner in Larry’s sobriety over the years as he became the “adopted” uncle to his two boys. Later in the 1990s, Larry met the love of his life, Hazel Robinson, who blessed him with his third son, Evan, in 2005. While it was a joyous time, Larry was also diagnosed with throat cancer. As was the case many times before, and after, Larry would show the world what a tough kid from the Bronx was made of. With the love and support of his family and recovery community, he overcame this illness just as he had other situations before it. While the cancer took a toll, Larry never stopped responding to what would become his lifelong call to action--to positively impact those who struggled with addiction. While he was a court stenographer by trade for more than 30 years, what really made Larry happy was spending time with “his boys” and helping those around him stay clean. It would be all too common for Larry to get phone calls throughout the day, asking for his sage and honest advice. While Larry will be surely missed, his enduring personality, passion for St. John's basketball, the New York Yankees, love for his children and family, and joy for making a difference will always live on.

Lawrence &#8220;Larry&#8221; Spencer Klein, son of Loretta (Ellner) and Abraham Klein, passed away peacefully in his sleep on March 26th, 2021. He was 75 years old. Larry was the beloved husband of Hazel Robinson, father of Evan, Matthew, and... View Obituary & Service Information

The family of Lawrence Spencer Klein created this Life Tributes page to make it easy to share your memories.

Send flowers to the Klein family.