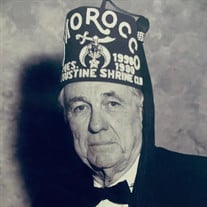 It is with deep sorrow that we announce the passing of Melvin (Mel) Darril Harvey on November 30th, 2021, at the age of 87, at Downtown Baptist Hospital in Jacksonville, FL. after he suffered from a TBI from a fall. Melvin is preceded in death by Berry and Sevina Harvey, his parents, all his brothers and sisters and one grandson, Gregory Woodhouse, Jr. Melvin is survived by his loving wife Shirley of 65 years, son Paul Harvey, daughters, Alison Schuler (fiancé John Carnaggio), Linda Smoyer (Steve), 10 grandchildren: Amelia Harvey, Mandy Harvey, Marisa Battell, Lee Cates, Julie Breeze, Craig Schuler, Kyle Schuler, Stephanie LaFontaine, Christina Woodhouse, Gregory Woodhouse, Jr. (deceased), eighteen great grandchildren, nieces, nephews, and cousins. Melvin was born on December 11th, 1933, in Palatka, Florida to Berry and Sevina Harvey. He lived most of his early years in Bostwick, FL where he attended Bostwick schools. Melvin played football in high school. He joined the Air Navy Reserve in 1953 and was on active duty for two years. Melvin attended a technical school in Jacksonville to learn to be a cabinet maker. As a Navy Corpsman he met his wife, the love of his life Shirley (Johnson) They married May 5, 1956 and were married for 65 years. They moved to St. Augustine FL in 1964. Melvin was a master carpenter and co-owned Har-Wil Fixtures shop in St. Augustine. Later, he co-owned Harvey’s Cabinet shop with his son, Paul. There are many places in St. Augustine where you can see the beautiful and quality craftsmanship of Melvin and his son, Paul. He retired at the age of 86. Melvin became a Mason in 1975 and a Shriner in the Fall Ceremonial of 1975. He was Master of Ashlar Lodge #98 F&M in 1982 and served as District Deputy Grand Master of the 11th Masonic District in 1994. He belonged to Morocco Shrine Center, and the St. Augustine Shrine Club where he served two terms as President, in 1990 and 1998. Mel loved being a part of the Masonic and Shrine family. His other home was in Waynesville, NC. He and Shirley would go there as much as they could. He loved when the family could go too, and he would spend precious time with them all. He made sure his children grew up appreciating the beauty of our country and would take them camping. He and Shirley traveled to Alaska three times, to all the Scandinavian countries, Europe, and went on so many cruises. Not only was he a master carpenter, but he was a master gardener. He grew his famous okra and would bottle and pickled them. He would make sure when the grandchildren would come over, they would leave with a jar of okra. He will be sorely missed for his words of wisdom, his humor, his smile, his hugs, his good nature spirit. Remembrance Services will be held 11 am, Monday, December 6th at Craig Funeral home, Rev. Dr. Clarence Blalock officiating, with a visitation 4-6 pm on Sunday, December 5th. Burial will be in OakHill Cemetery located at 2900 Crill Ave. in Palatka with his Pastor Juana Jordon at noon Tuesday, December 7th In lieu of flowers donations may be made to Shriners Children’s Hospital, 90 Morocco Shrine, 3800 St Johns Bluff Rd S, Jacksonville FL 32224 Services in care of Craig Funeral Home Crematory and Memorial Park.

It is with deep sorrow that we announce the passing of Melvin (Mel) Darril Harvey on November 30th, 2021, at the age of 87, at Downtown Baptist Hospital in Jacksonville, FL. after he suffered from a TBI from a fall. Melvin is preceded in death... View Obituary & Service Information

The family of Melvin Harvey created this Life Tributes page to make it easy to share your memories.

It is with deep sorrow that we announce the passing of Melvin...

Send flowers to the Harvey family.