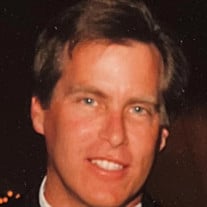 PAUL MATTHEW LOGAN Saint Augustine- Paul Matthew Logan, 58, passed peacefully surrounded by his loving family on December 10, 2021, after a three-year battle with cancer. He leaves behind his loving wife, Irena, of 21 years, and his two treasured children, Adam and Brooke. He is survived by his mother, Carol (late father, Arnold) Milwaukee, WI, his sister and brother-in-law Mary and Jeff Blott, Nephew Sean Blott, Mukwonago, WI. Aunt and Uncle, Barbara and Bill Harrison, Burnsville, MN. Aunt, Karen Schonebaum, Stillwater, MN and many cousins. Paul was also adored by Irena’s family, father and mother-in-law, Adam and Dragica Novosel, Kansas City, KS, sister’s family, Kathy, Danny, Daniel and Nick Trehey, Kansas City, KS. Born on Saturday, April 13, 1963 in Milwaukee, Wisconsin to Arnold and Carol Logan. Paul graduated from Milwaukee Lutheran High School where he was a star on the Red Knight’s golf team – which he led to win the State Championship. He took that natural athletic ability to the University of Alabama. Prior to graduation, he was recruited by the Federal Aviation Administration where he became an Air Traffic Controller and member of NATCA– working in the Central Area for twenty-seven years. Paul was a perfectionist, and this career suited him well. Paul was stationed at the ARTCC in Hilliard, Florida, just outside of Jacksonville. It was in Jacksonville Beach where he met his wife, Irena, in 1997, who would become the love of his life, wife in 2000, and mother to their two children, Adam and Brooke. One of the signature trademarks of Paul was his sense of humor. Dry, clever, and at times sarcastic. It was perfectly disguised under his schoolboy good looks: handsome, athletic, active, and funny. Paul loved nature and the outdoors. He was an avid hiker and wildlife enthusiast. There was not a snake – or alligator (wink, wink) – that he wouldn’t try to save. But most importantly, he was a family man in every sense of the word. He loved them with all his heart and would – any day of the week – rather be with them at home, on a cruise, fishing, playing tennis, ping pong, beach volleyball, or golfing, than anywhere else. Paul’s family was his life and they adored and respected him for his love, conviction and encouragement to always be the best on and off the court – Adam and Brooke are proof of that. Paul’s delight and joy were watching his children excel in sports and academics. He was a strong presence at all of the practices and games he was able to attend. We are committed to carrying on his legacy and passion for life. Paul waged his fight intensely against a rare form of small cell prostate cancer, driving and flying to Houston’s MD Anderson Cancer Center for treatment. He welcomed being a part of clinical trials to prolong his life and one day help others from his experience. A service for Paul will take place on Saturday, December 18, 10:30am at the Craig Funeral Home, followed by a reception for family and friends at Marsh Creek Country Club 12:00– 2:00pm. In lieu of flowers, please consider donations to S.A.F.E Pet Rescue www.safe-pet-rescuefl.com or The Jimmy Evert Tennis Merit Scholarship Fund www.ustafoundation.com/donate-jimmy-evert-fund.

PAUL MATTHEW LOGAN Saint Augustine- Paul Matthew Logan, 58, passed peacefully surrounded by his loving family on December 10, 2021, after a three-year battle with cancer. He leaves behind his loving wife, Irena, of 21 years, and his two treasured... View Obituary & Service Information

The family of Paul Matthew Logan created this Life Tributes page to make it easy to share your memories.

Send flowers to the Logan family.