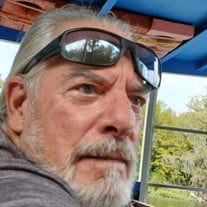 Ralph John Nichols, aka Capt. Buzz Nichols, born December 12, 1944, in Philadelphia, PA died April 8, 2022. He succumbed to complications from Agent Orange exposure as a U.S. Marine, combat veteran, in the Vietnam War, where he served from April 1966 to November 1967. He died while in the care of the Bailey Center. His pre-planned funeral arrangements and memorial service with military honors are with Craig Funeral Home in St. Augustine, Florida on 05/21/2022. He retired from a forty plus years career in the electronics and aerospace industries while with Lockheed Martin, as Planning Chief for Advanced Missile Systems, in March of 2001. He retired his U.S. Merchant Marine Officer, US Coast Guard issued 100 ton Master’s License in December of 2001, as President of Nichols Maritime Services, Inc. Capt. Buzz enjoyed over 5 decades of maritime experience. His most memorable maritime pursuit was owner and operator of Schooner Sails, Inc., and Master of the 60’ replica Bluenose Schooner, “The Wanderer”, licensed by the U.S. Coast Guard to carry 40 passengers. “The Wanderer” sailed out of “The Cove” in Port Canaveral, Florida. While living in St. Augustine he was Master on the authentic paddlewheel vessel Jean Mary, operated by Ancient City River boats, Inc. The Jean Mary was sold to Debbie Reynolds of Country Music fame. He occasionally sailed as a guest aboard The Schooner Freedom, St. Augustine’s premier tall ship where he was affectionately regarded to as “one of the oldest mariners in the oldest port in the nation” by owners Capt. John Zaruba and his wife Admiral Sarah. In his early college years at Dean Jr. College, he was a champion gymnast with his signature Flying Rings dismount. Later in his college years at California State University long Beach, where he earned a master’s degree, he rowed in a dory race with the Long Beach Lifeguards from Catalina ls. to Long Beach, a distance of 28 mi., as a single rower finishing in 5 hours and 47 minutes as the fifth place dory of 12 dories being rowed by two man Lifeguard crews. In other lifetime achievements, he earned the Outstanding Marine of his graduating bootcamp platoon at Parris Island Marine Corps Recruit Depot. He was awarded a Captain’s Mast and promoted to Sargent, E5 for his extemporary leadership during Combat Operations Hasting, Prairie I, and Prairie II near the DMZ in Dong Ha, South Vietnam. Capt. Buzz desires his ashes be spread on the Atlantic Ocean, and cremation urn and military honors flag be retained by his lifelong friend, confidant, and U.S. Marine brother in arms Terry Giannone, Esq.

The family of Ralph John "Capt. Buzz" Nichols created this Life Tributes page to make it easy to share your memories.

Send flowers to the Nichols family.