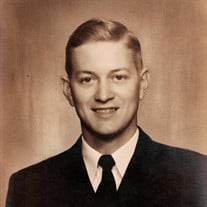 Dr. Reuben J. Plant, Jr. died peacefully on April 21, 2022, at the age of 96. Born in Tallassee, Alabama, Reuben has resided in St. Augustine since 1951. He decided to locate to St. Augustine while serving as a medical officer in the U.S. Navy in Green Cove Springs. Attracted by the natural beauty, spectacular fishing, and welcoming community, Reuben returned to St. Augustine after serving in Yokosuka, Japan and Pensacola, to set up a medical practice with his wife, Mary Reeves Plant. Dr. Plant earned his Doctor of Medicine degree in 1949 from Tulane University in New Orleans, where he also earned his B.S. Degree in 1945. This was followed by internships and residency at University of Alabama Hospitals, Jefferson-Hillman Hospital in Birmingham, Alabama and Jefferson Davis Hospital in Houston, TX through 1950. Reuben then joined Flagler Hospital where he served for the next 39 years. Upon his retirement in 1992, he said that he will miss most about his practice is “seeing my patients. I have so many patients who are longtime friends.” His retirement allowed him to pursue has passion for fishing the bays and creeks of St. Augustine and travelling the world with his wife, Ann Plant, and enjoying visits with his children, grandchildren, and many friends. Dr. Plant’s service to Flagler Hospital and the community includes involvement in numerous boards and committees to preserve the hospital, it’s non-profit status and relocation and expansion to support the growing community. His Flagler Hospital positions include board of directors, trustee, acting chairman of the board 1973-74, chairman of the trustee board 1976-77, president of the hospital’s medical staff and chief of staff. He was also chairman of the long-range planning committee in 1982 when the decision was made to relocate Flagler Hospital to its present location and continuing to operate as a non-profit hospital. In recognition of his numerous contributions to secure the future of Flagler Hospital, the Wellness Center building on the Flagler Health campus was dedicated in his name. In addition to the many years dedicated to Flagler Hospital, Reuben was a longtime member of the board and former president of the St. Johns County Welfare Federation, a member of the American Academy of Family Practice since 1956, a diplomat of the American Board of Family Practice beginning in 1978 and a fellow of the American Academy of Family Practice since 1979. His was also a former secretary, treasurer, and president of the St. Johns County Medical Society and member of the Florida Medical Association and St. Johns County Health Advisory Council. Dr. Plant is survived by his three children, Reuben III of St. Augustine, Jean (Mike) Conley of Carrollton, GA and Byron (Lysette) of Houston, TX. His six grandchildren are Megan Conley, Lauren Conley and Michael Conley of Carrollton, GA, and Alexander Plant, Alyssa Plant and Andrew Plant of Houston, TX. Reuben is also survived by Heidi (Carl) Magyar of Crystal River with her children Evan Crowe and Lindsay (John) Griffin and their son William Reuben Griffin of Dunnellon Fl and Bill (Jan) Benet of Gainesville FL. Dr. Plant is preceded in death by his wife Annaliese “Ann” Plant, his young son William “Billy” and his brothers Stanley and William and Mary Plant. A Mass celebrating Reuben’s life will be held at 9:00 AM on June 14, 2022, immediately followed by a reception in the Celebration Hall, at St. Anastasia Catholic Church, 5205 A1A S, St. Augustine Beach, FL. In lieu of flowers, the family is asking for donations to be sent in the name of Dr. Reuben J. Plant, Jr. to Flagler Health Care Foundation. Donations can be made by calling 904-819-4625, by mailing a check or money order donation to: Flagler Health Care Foundation, P.O. Box 860216, St. Augustine, FL 32086, with checks payable to Flagler Health Care Foundation, or online at www.FlaglerHealth.org/give-/make-an-online-gift/.

Dr. Reuben J. Plant, Jr. died peacefully on April 21, 2022, at the age of 96. Born in Tallassee, Alabama, Reuben has resided in St. Augustine since 1951. He decided to locate to St. Augustine while serving as a medical officer in the U.S. Navy... View Obituary & Service Information

The family of Dr. Reuben J. Plant Jr created this Life Tributes page to make it easy to share your memories.