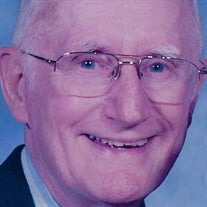 A T T E N T I O N !!!!!! ********* DUE TO COVID-19 FUNERAL SERVICE PREVIOUSLY SCHEDULED HAVE BEEN POSTPONED AND WILL BE RESCHEDULED AT A LATER DATE****** Robert F. Carberry passed away on August 13, 2021. Born in New Haven, Conn., on August 12, 1931, he was the son of Francis P. and Dorothy Paquette Carberry. He was predeceased by his three siblings, Ann Theresa Carberry, Joseph Carberry, and Virginia Carbone. He leaves his loving wife of fifty years, Barbara, and the children he adored, Christine Lusztig (Michael) of Dallas, Tex.; Robert W. Carberry (Carol) of St. Augustine; and Karen Hansen (Dillion) of St. Augustine. He also leaves his five beloved grandchildren, Ryder, Madison, and Marlena Carberry, and Ryan and Julia Hansen. In addition, he leaves his brother-in-law Robert Case (Osla) of Boston, Mass., as well as many nieces and nephews and a number of cousins. Bob was Dean of Flagler College for nineteen years and taught political science for eight years. He retired as Dean emeritus in 1997. A lifelong Catholic and member of the Cathedral Basilica of St. Augustine, he served as catechist, lector, and eucharistic minister. After retirement, both he and Barbara did volunteer work: delivering Meals on Wheels, as home visitors for the St. Vincent de Paul Society, and helping to feed the homeless (with Dining with Dignity). He was ever grateful for the many blessings he received from the Lord, his family, and the people who became part of his life. In lieu of flowers, donations are gratefully accepted for Cathedral Basilica of St. Augustine, 35 Treasury Street, St. Augustine FL 32084; or Shriners Healthcare for Children, 2900 Rocky Point Drive, Tampa FL 33607.

The family of Robert F. Carberry created this Life Tributes page to make it easy to share your memories.

Send flowers to the Carberry family.