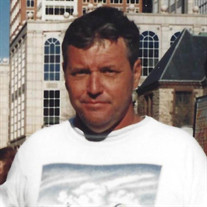 Robert Kelly (Bob) was born in Boston, MA on December 13, 1946 and died at age 73 on November 13, 2020 only three weeks after being diagnosed with an exceedingly rare cancer “Leiomyosarcoma”. Only one person in 100,000 gets this type of cancer. Bob fought to the end but lost the battle and left this earth to be with his parents Tom and Betty Kelly, older sister Joan Campana and older brother Paul Kelly. He is survived by his longtime companion and wife Barbaraann (BA) Casanova-Kelly, their two children Susan Marie Kelly-Copeland and Steven Michael Kelly. Steven’s wife Lara Kelly was one of Bob’s favorite people due to her constant upbeat personality. Bob also had three grandchildren, Amanda, Mia, and Ethan. He loved them dearly and they all thought he was the most interesting and awesome man walking. His younger sister Claire Marie DiRosario and sister in law Jayne Kelly reside in Boston in the same neighborhood where Bob and BA met so many years ago. Bob is also survived by nieces and nephews – Donna, Joseph, Lisa, and David. Bob and BA loved, laughed, and cried together for over 60 years. Bob joined the Air Force on 25 July 1966 and retired 31 December 1993. Bob started out as an enlisted airman and served 11 years. He was always striving to be the best in everything he did. The Air Force was no exception. Bob applied for Officer Training School, (OTS) and by luck or providence; he was selected six months prior to an age-limit requirement. Having completed all training, he was promoted to the rank of Second Lieutenant. Bob was able to advance to the rank of Major which was very unusual as enlisted men who later became officers normally only advanced to the rank of Captain. Airman moving from enlisted to an officer where known as “Mustangs” which was so appropriate as Bob was full of spirit and adventure. As an enlisted man, Bob was assigned as a Bomb Loader and later as an Officer, an Air Weapons Controller. He did find it ironic that in both fields he was blowing up stuff. He was proficient in both fields and was lauded by his peers and senior Officers. One assignment as an additional duty, he was selected as the General’s aid at Ft Lee, Virginia. Bob lucked out again, because working as an Aid to an AF General is not easy, but this General was more down to earth than most because he had 10 children. Also, the General liked to drive; so around base it was a joke when they rode by in the staff car and Bob was riding shot gun. Bob’s first duty assignment was at Clark AFB, Philippines. Bob was assigned to the 13th Fighter Squadron rotating from Clark AFB to Thailand, Vietnam and Cambodia. Many Airmen are turned down for this position as it carries great risk but also requires you to have the moral character and strength of duty to perform your mission. His wife BA finally got to join him after many months of separation. They were only married two weeks when he had to report to his station. It was a difficult adjustment time but both Bob and BA learned all the rules, regulations, and difficulties at ages 20 and 19, respectively. Their tour of duty ended after about 20 months and they returned stateside and reported to Eglin AFB, Niceville, FL. Their goal was to complete the four-year enlistment and return to Boston and start their family. Bob did get out the service and returned to Boston hoping to get his old job back as a Draftsman in a large company in Boston. This was not in the cards and Bob and BA found themselves not happy about it to report to Mac Dill AFB, Tampa, FL. During the first 11 years of his career, the family moved 9 times and endured numerous separations. But with their stubbornness and need to be the best they could be they continued and developed many inventive ways to adjust to this tough, military life. Bob was selected to join the Boot Strap Program to allow him to finish his bachelor’s degree and apply to OTS. He was accepted and reported to Lackland AFB, Texas for training. The family could not go with him, so his wife BA moved herself and their two children Susan and Steven to Tyndall AFB, Panama City which was Bob’s follow-on station. Bob was commissioned to Second Lieutenant and began the second phase of his career as an Air Weapons Traffic Controller. Bob held this job throughout his remaining career holding various positions to include Lead Instructor at Tyndall AFB at the base’s Control Center. Bob never gave up trying to improve himself he had received two bachelor’s degrees and two Masters in different disciplines. He enjoyed outside activities in particular sailing, camping with his good buddy Joe and traveling. He was also a very stubborn runner – running each day while in the Air Force; running several marathons including the Boston marathon which was special to him because he got to run with his big brother Paul. Bob served as the President of the Pensacola running club (PRA) and had great memories of his time with his Pensacola buddies. Bob decided on cremation and gave BA all the instructions she could ever use to make sure all his wishes were carried out. This obituary will be posted online – under Craig Funeral Home, St Augustine, FL (www.craigfuneralhome.com/obituaries ). In lieu of flowers, if you wish, please donate to Bob’s favorite charity Glastonbury Abbey, 16 Hull Street, Hingham, MA 02043 (www.glastonburyabbey.org) or any Catholic church you choose. One other request, please pray for Bob and BA and their children. Grant them peace and patience to move forward. Finally, one thing Bob always said, “never look back, just keep pushing forward, and do your best!”

The family of Robert "Bob" Kelly created this Life Tributes page to make it easy to share your memories.

Send flowers to the Kelly family.