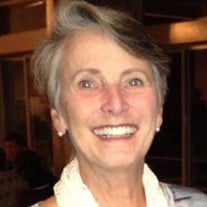 Sharon Christopher Dennison, age 72, left this world on April 3, 2022. She was residing in Beech Mountain, North Carolina at the time of her passing. Sherry was born on July 14, 1949 in Charleston, West Virginia to Olan and Flora Christopher. She grew up there with her sister Linda and brother Robert (Bob). Her family moved to Winter Haven, FL when Sherry was a teenager. It was here that she met the love of her life, her husband, George David Dennison. Her sister, Linda, recently referred to them as “the world’s greatest couple”. The two were married on August 21, 1965. They moved to St Augustine, FL where they raised their four sons. Sherry and David were entrepreneurs whose business ventures included owning a furniture store and a bed and breakfast in downtown St. Augustine. After retiring, Shery and David split their time between Florida and North Carolina, where they had a home in Beech Mountain. Sherry was an avid tennis player participating in leagues for over 30 years. Along with tennis, she enjoyed playing golf and gardening. She was a fan of all sports, particularly ones her sons and grandchildren participated in. Sherry was always willing to lend a hand to her friends and family, whether it was painting a house, organizing a closet or remodeling a home, she truly could do it all. Her energy and drive were undeniable. She was so strong especially when it came to her battle with multiple myeloma. After being diagnosed in 2008, Sherry beat the odds and fought for 14 years. The family would like to thank all of the wonderful nurses at the Caldwell Hospice Center for showing Sherry such love and respect while she was with them in her final days. She will be greatly missed by all those who knew and loved her. Sherry was preceded in death by her father, Olan Christopher; mother, Flora Christopher and brother Robert Christopher. She is survived by her husband of almost 57 years, David Dennison; her sister Linda Christopher of St Augustine, FL; son Greg Dennison (Juliane) of Deland, FL; son John Dennison (JeanneMarie) of St. Augustine, FL; son Chris Dennison (Kate) of Beaufort, SC; son Mike Dennison (Mary) of Niceville, FL and her 10 grandchildren, George Dennison (Maria), Ansley Liufau (Carter), Caitlin Dennison, Lauren Dennison, James Dennison, Michael Dennison, Jack Dennison, Gracie Dennison, Aly Dennison and Lilly Dennison. The family will receive friends from 9 - 10 AM and the funeral service will begin at 10 AM Friday April 8, 2022 at Craig Funeral Home, 1475 Old Dixie Highway, St Augustine, FL with a burial to follow at Craig Memorial Park. In lieu of flowers, please consider donating to the International Myeloma Foundation, www.myeloma.org

Sharon Christopher Dennison, age 72, left this world on April 3, 2022. She was residing in Beech Mountain, North Carolina at the time of her passing. Sherry was born on July 14, 1949 in Charleston, West Virginia to Olan and Flora Christopher.... View Obituary & Service Information

The family of Sharon Christopher Dennison created this Life Tributes page to make it easy to share your memories.

Send flowers to the Dennison family.