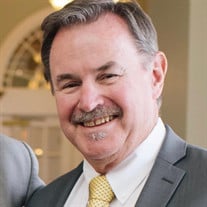 Thomas John McNamara known affectionately as "Tommy Mack" passed away on May 8, 2021. He was 73 years old. He was born and raised in Scotch Plains, NJ. Son of Elizabeth (Crosby) McNamara and Elwood McNamara He is preceded in death by his parents, Elwood and Elizabeth McNamara and nephew, Daniel McNamara. He is survived by his son, Jack McNamara and wife Alaina McNamara, twin granddaughters, Lillian McNamara (2) and Carina McNamara (2), daughter, Tracy Getselman and husband Boris Getselman, granddaughter Rya Getselman (3) Twin Grandsons Asher Getselman and Joseph Getselman (6 weeks),former wife and friend Dinah McNamara, brother, James McNamara and wife Bonnie McNamara, nephews, Shaun McNamara, James McNamara Jr. and his many beloved cousins, his Senior Softball and Dragon Boat communities as well as his girlfriend Linda Murphy. He attended high school in Scotch Plains, NJ, Class of ‘65. Runningback and Kicker nicknamed “The Golden Toe” for all of his game winners. He attended the College of Emporia, Class of '71 and received a BS in Psychology, while playing Fullback for the football team. After that he attended Emporia State University ‘75, and received a MS in Industrial Psychology while playing Semi-Professional Football. Later he attended Pace University Advance Grad Study in Labor Relations Soon after he moved to Canton, MA in 1982 where he and Dinah raised a family. Tom was an active parent coaching the kids sports teams and was always a part of their lives. Tom had a 42 year career in Human Resources Employee Relations. He loved his job and brought the same unforgettable passion and energy that he had on the ball field to his work. Tommy Mack was a competitive force... if you told him he couldn’t do something it fueled his fire. He loved being outside, running, biking, hiking and exercising. He was thoroughly enjoying his retirement in St. Augustine playing multiple softball games a week, Managing Travel Teams and competing in Dragon Boat Rowing competitions. Tom had a distinct hearty laugh and bright smile that would light up a room. He made friends quickly and would talk to anyone he met. He tried to live each day to the fullest. Would dress up as a leprechaun. Enjoyed taking road trips to see people he loved up and down the east coast. We will be hosting an in person memorial on Friday, May 21st at Treaty Park Pavilion (1595 Wildwood Dr, St. Augustine, FL 32086) at 3:30p. In Tom's spirit for love of all things sports, please wear your favorite sports team gear or uniform to the ceremony. We will be streaming and recording the event for those who cannot attend. Zoom: https://us02web.zoom.us/j/83099118612 Meeeting ID: 830 9911 8612 In lieu of sending flowers, we ask donations be made to one of the below foundations: -The American Heart Association https://www.heart.org/?form=FUNMWNYNCJE - Good Sports https://www.goodsports.org/donate-online/

Thomas John McNamara known affectionately as "Tommy Mack" passed away on May 8, 2021. He was 73 years old. He was born and raised in Scotch Plains, NJ. Son of Elizabeth (Crosby) McNamara and Elwood McNamara He is preceded in death by his parents,... View Obituary & Service Information

The family of Thomas John McNamara created this Life Tributes page to make it easy to share your memories.

Send flowers to the McNamara family.