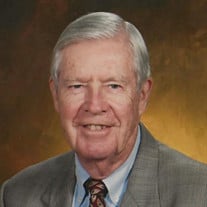 Walter C. Daniels, Colonel, US Army, Retired, died on August 11 at the age of 89 at Mayo Clinic Jacksonville. Born and raised in St. Augustine, he received a BS in Journalism from the University of Florida in 1953 and accepted a commission in the Regular Army. Ten years later, he received an MS in Business (Transportation and Industrial Management) from the University of Tennessee. Colonel Daniels served on active duty for 28 years. He had six overseas tours, two in Europe, two in Korea, and two in Vietnam. He commanded Army units at the company, battalion, and brigade levels. He also commanded the Military Ocean Terminal Sunny Point in Southport, North Carolina. His awards and decorations include the Legion of Merit with two Oak Leaf Clusters, the Bronze Star, the Air Medal, the Meritorious Service Medal with two Oak Leaf Clusters, and the Joint Service Commendation Medal. He also received the Order of National Security Merit from the Office of the President of the Republic of Korea for his contributions to the security of the Republic of Korea. In his last assignment on active duty, he served as the Assistant for Transportation in the office of the Assistant Secretary of the Army for Installations and Logistics. Upon retirement from the Army, he was employed by Computer Sciences Corporation as a project manager for ten years before returning to St. Augustine in 1991. Since his return, he has been an active member of Memorial Presbyterian Church, serving for a number of years on the Personnel Committee, and later as a member of the Board of Trustees. He is survived by his wife of 67 years, Mary McGehee Daniels, three sons, Walter Lee (Jody), Blacksburg, VA, John M. (J.B. Miller), Sarasota, FL, Robert W. (Susan), Keller, TX, and three grandsons, Graham, Blacksburg, VA, Cameron, Blacksburg, VA, Christopher (Meredith), Keller, TX, and one great granddaughter, Florence Virginia, Keller, TX. He is also survived by several nieces and nephews. Funeral services will be held at the Memorial Presbyterian Church, St. Augustine, on August 21 at 2 p.m. Inurnment will be at a later date at Sarasota National Cemetery. In lieu of flowers, donations may be made to the Flagler/Kenan Fund, at Memorial Presbyterian Church.

Walter C. Daniels, Colonel, US Army, Retired, died on August 11 at the age of 89 at Mayo Clinic Jacksonville. Born and raised in St. Augustine, he received a BS in Journalism from the University of Florida in 1953 and accepted a commission... View Obituary & Service Information

The family of COL. Walter C. Daniels created this Life Tributes page to make it easy to share your memories.

Send flowers to the Daniels family.