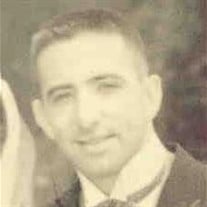 William James Holleran of Sanibel Island, Florida passed away Sunday March 31, 2019 at his residence in St. Augustine, Florida. He was born to Helen McGeehan and James P. Holleran on December 28, 1935. Bill was a scholarship football player and graduated from Upsala College in E. Orange, N.J. He was a member of the National Guard in Sea Girt, NJ and the Elks Lodge in St Augustine, FL. Bill was an incredible athlete and was inducted into the Football and Track & Field Hall of Fame in at Millburn High School (Class of 1954) in 2005. Bill enjoyed 25 years as a sales executive for Hallmark Cards and various telecom companies. Bill enjoyed history, traveling, kayaking, hiking, biking, theatre, orchestra music and sailing. He was a volunteer & member of Recreational Center and Ding Darling National Park as well as an active member of the hobbyists, kayak, bike and theatre clubs on Sanibel Island. He was a parishioner at Mt Carmel Catholic in Ridgewood, NJ and St. Isabels Catholic in Sanibel, Fl. He enjoyed his retirement years in Sanibel Island and recently St. Augustine and made lifelong friends. Bill's family and friends were his passion and delight. His sense of humor and ability to tell stories were his true calling. To all of us he was a loving brother, husband, uncle, grandfather and friend. Bill will be lovingly remembered by her surviving family members - his sister Ellyn Morrow; his five children - William, Timothy (Kara), Elizabeth(Tim) Robinson , Michael, and Stephen; and his twelve grandchildren; and many nieces, nephews, cousins and in laws. Bill was predeceased by his beloved wife Tita of 56 years, brothers Jack, Jim, Joan Pappas & Terry Motzel. A funeral mass will be celebrated at 9:00 am on Saturday April 13, 2019 at the Cathedral Basilica in St. Augustine. In lieu of flowers a memorial donation may be sent to the children's mentoring program at the Ding Darling National Wildlife Refuge at 1 Wildlife Drive, Sanibel, FL 33957. Craig Funeral Home Crematory Memorial Park is in charge of arrangements. (www.craigfuneralhome.com)

William James Holleran of Sanibel Island, Florida passed away Sunday March 31, 2019 at his residence in St. Augustine, Florida. He was born to Helen McGeehan and James P. Holleran on December 28, 1935. Bill was a scholarship football player... View Obituary & Service Information

The family of William Holleran created this Life Tributes page to make it easy to share your memories.

Send flowers to the Holleran family.